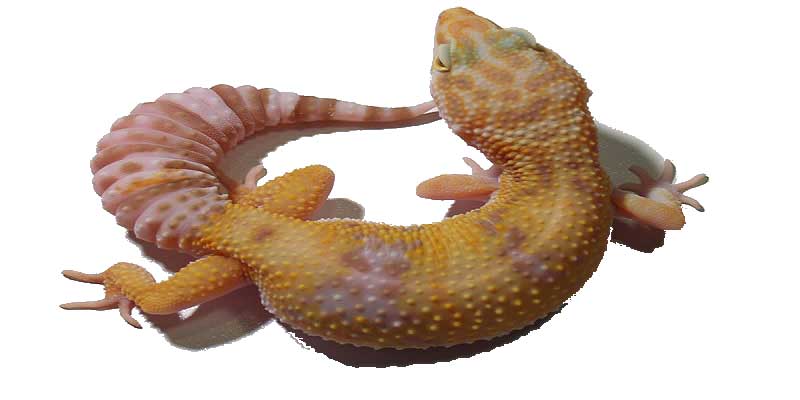 Albinos can be identified by their lack of melanin or black pigment. There are three known strains of albino, which are the Tremper albino, the Rainwater albino (aka Las Vegas strain), and the Bell albino. Each strain has distinguishing factors that help to visually differentiate each other.

The Tremper Albino is the most common and was the first to be discovered (1996) and can have body coloration ranging from darker browns to soft yellows. As adults, they have silver eyes with red veins.

Tremper Albino is also known as Texas Strain Albinos. It was the first of the three strains of albinos to be discovered in 1996 by Ron Tremper. Tremper Albinos can range in colors from dark browns to light yellows, oranges, and pinks. The Tremper Albino eyes tend to be a silver color with red veins.

Tremper Albino was the first strain of Leopard Gecko Albinos discovered. They are very common and usually the first strain to be worked with when crossing into other morphs. For example, Ron Tremper has developed the R.A.P.T.O.R. with the Tremper strain. He has now made the Diablo Blancos and is working on Super R.A.P.T.O.R.’s (Super Snow RAPTORs).

The Bell Albino (also less commonly called the Florida Albino) is the newest of the three Leopard Gecko Albino. The discovery of this strain belongs to Mark Bell. The eyes of the Bell Albinos are the easiest way to tell them apart from the other two strains. Their eyes are a light pink color. The body tends to have brown spots. Bell Albinos can also express a lavender color on their bodies.

The Bell strain is the newest of the three strains. Is unique in that they usually have light pink colored eyes and bodies that typically have soft brown spots and lavender coloration.

Currently, many breeders are working with Bell Albinos. Kelli Hammack from Hiss has developed many different Bell crosses. One of the most unique crosses she has is a Bell Enigma. The Bell Enigma is an Enigma with solid red eyes. She also has many beautiful Bell Snows, Super Snow Bells, Striped Bells, and Bell Hybinos.

Jeff and Jeff at JMG Reptile have produced the equivalent of the R.A.P.T.O.R. for the Bell Albino strain; the RADAR.

The Mack Snow is best described as a type of axanthic, which is a generic term given to an animal exhibiting reduced yellow pigment. As babies, they emerge from the egg having white bands in place of the typical yellow bands. The adults display a decreased amount of yellow pigment and their background coloration would be best described as a pastel yellow hue. The mutation has proven to be a co-dominant trait and the super form regarded as the Super Mack Snow has stark white background coloration with a black-spotted pattern. We are working with a large group of Mack Snows and have been producing pure Mack Snows as well as many combinations.

The Mack Snows came from John and Amy Mack from Reptiles by Mack. They came across some hatchlings which looked like “Snow” hatchlings rather than normal hatchlings. The following season, John and Amy bred the hatchlings back to each other. In the breeding, they produced Super Snows, Mack Snows, and Normals.

There are a few distinct features of Mack Snows which normal Leopard Geckos do not express. As hatchlings, they have white bands instead of yellow bands. See the pictures below for comparison. Most Mack Snows will tend to lose their white as it will fade to yellow as they grow older.

Mack Snows, when bred to Mack Snows, have the ability to produce a Super Snow. The genetics of Super Snows will be discussed in the next section. When they hatch, they seem to have an all purple or silver hue to them. As they grow, the birth color fades into a white body with black broken pinstripes. They also have two solid black eyes. 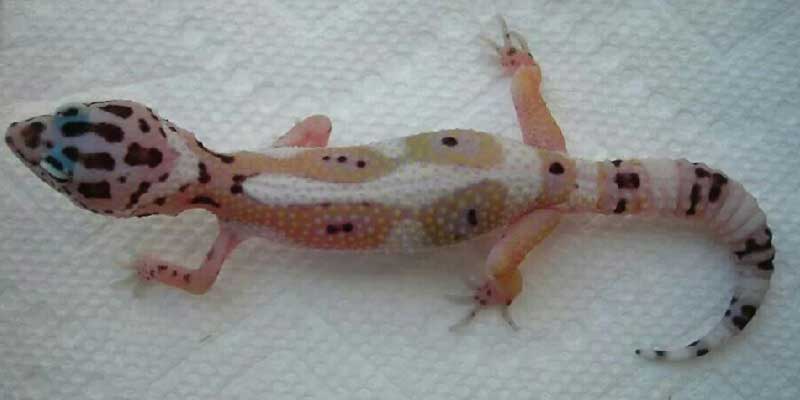 Gem Snow was created by Jim Holler, and they are one of the four different types of Snows. Just like the other three types of snows, they hatch out with a white body and black bands. As they grow older, the bands break up. Currently, Gem Snows are thought to be Dominant. Test breeding is still being done to prove the Gem Snows Dominant. Some still believe there may be a “Super” or homozygous form of the morph.

Currently, there are a few different Gem Snow crosses. Jim has been able to successfully cross his Gem Snows into Hypo Lines as well as with Tremper Albinos. He is also working on creating Gem Snow RAPTORs.

Other breeders have crossed Gem Snows with Mack Snows. Like the other three snow lines, when bred to a Mack Snow, a Gem Snow can produce a Super Snow, which leads many to believe Gem Snows are related to Mack Snows but are not Mack Snows.

TUG Snow is a type of axanthic, a genetic trait where the subject has little or no yellow pigment. In most cases this trait is co-dominant. This Snow line was created by Craig Stewart from The Urban Gecko. The TUG Snows come from a selectively bred Wild Caught group. 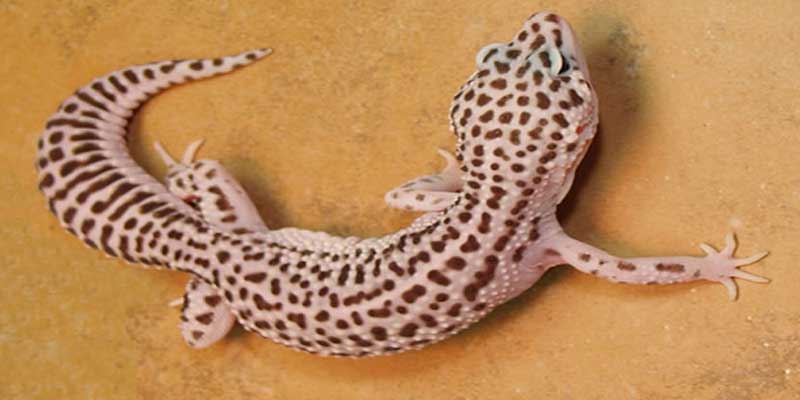 Mack Super Snow is the super form of the Mack Snow and as babies, they emerge from the egg with an overall purple tone and solid black eyes. The color and pattern of this morph develop into a striking contrast of stark white background color with a black-spotted pattern and solid black eyes.

Alexander Duerto
My name is Alexander and I run an exotic pet store. As you can imagine, heating is essential in my work, so I am very knowledgeable and very expert in the field. If you want me to give you a hand in choosing the best heating products, trust me on this. On the other hand, I will also help you to condition your terrarium with very interesting tips and comparisons.

My name is Alexander and I run an exotic pet store. As you can imagine, heating is essential in my work, so I am very knowledgeable and very expert in the field. If you want me to give you a hand in choosing the best heating products, trust me on this. On the other hand, I will also help you to condition your terrarium with very interesting tips and comparisons.