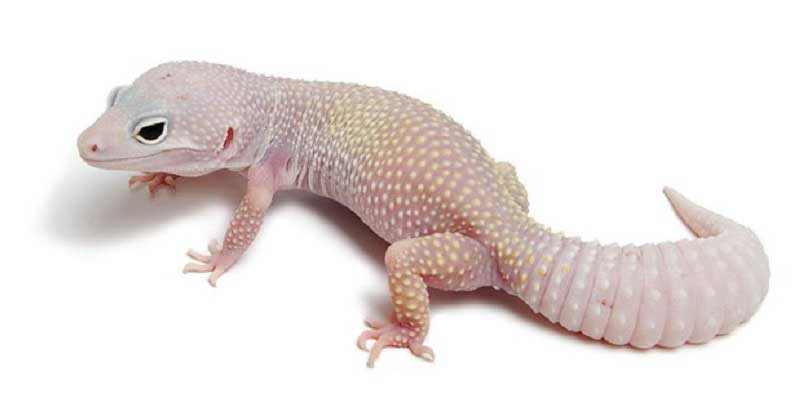 Blazing Blizzard is a double recessive combination, including genetics of the two recessive genes, Blizzard and Albino. Similar to the Blizzard morph, Blazing Blizzards display no banding or markings. The main characteristic is the absence of gray coloration at maturity. Instead, they get solid white or white with yellow hues. Blazing Blizzard eyes will usually take on the appearance of the albino strain.  They can go from pink, red, black (snake eyes) to a normal eye coloration. The blazing blizzards of the Tremper line are the most common, although there are also a good number of blazing blizzards from the Rainwater line and a few copies of the Bell line.