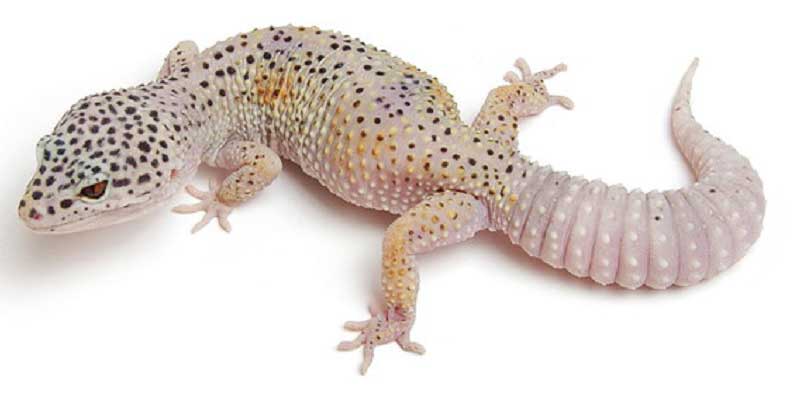 Enigma morph appeared for the first time in 2006. This trait emerged as a random genetic mutation, to later be identified as a dominant trait. One of the characteristics among the carriers of this gene is that although the patterns can be variable, babies are always born with spots instead of bands. This is seen in all the offspring, as well as their whitetails. In the enigmas, as they mature, the spots become specks, giving it a unique look
Enigma is very popular. This is due to its excellent genetic quality, which seems to enhance the underlying genetics when they cross with morphs of different phases.

At present, there are still combinations in which the enigma intervenes and a varied number of morphs.  Among them the tangerine enigmas, using a selective breed of tangerine phases, the Red-eyed enigma or the Bell enigma, with the employment of bells albino, and many others.

A negative factor in the case of enigmas is that it presents predisposition to some behavioral disorders. It is very common for enigmas to walk in circles, tremors, inability to aim correctly, and other symptoms. This feature has tried to eliminate mediate selective reproduction but is still present in the pure enigmas.