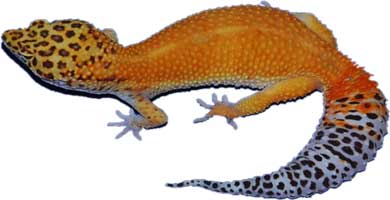 Hypo melanistic or Hypo refers to Leopard Geckos which exhibits reduced melanin or black coloring. To be considered a Hypo rather than a High Yellow a leopard gecko must have 10 or fewer spots on its body (excluding the head and tail). If the gecko is all yellow with no black body spot, it would be considered a Super Hypo.

A Super Hypo or Super Hypomelanistic Leopard Gecko is a Leopard Gecko that has no black spots on its back. Super Hypos can range from a dull to a bright yellowish color. Super Hypo is a line bred trait, unlike the Hypos which are thought to be Co-dominant. Many Super Hypos look like Hypos until adulthood but will lose their spots as they age. 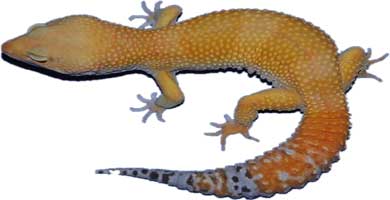 Baldies are Super Hypos with no spots on their heads. Their price is usually around $150. This usually increases in price depending on the amount of redness they have. Blood Super Hypes can cost over $700!

Hybinos, or Hypo-Albinos, are created by crossing a Super Hypo and any of the albino variants. They are usually yellowish-orange in color with eyes that show characteristics of an albino variety. Some breeders may refer to them as Sunglow morphs. 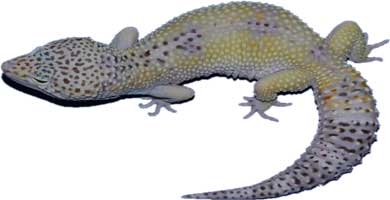 The ghosts or hypo-ghost have a very clear coloration. This tends to lighten even more as they mature. Hypo-ghost are often difficult to detect when they are young, as they look very much like Mack Snows.

To be considered Melanistic, a leopard gecko must be all black. Although it has been reported that a Melanic morpho has been successfully produced, there are currently no known true Melanic leopard geckos. However, breeders are actively working on their development.

The closest morphs available today are the Black Velvets and Black Pearls. One thing is for sure: when the Melanic Leopard Geckos are finally produced, they will be sold at incredible prices!