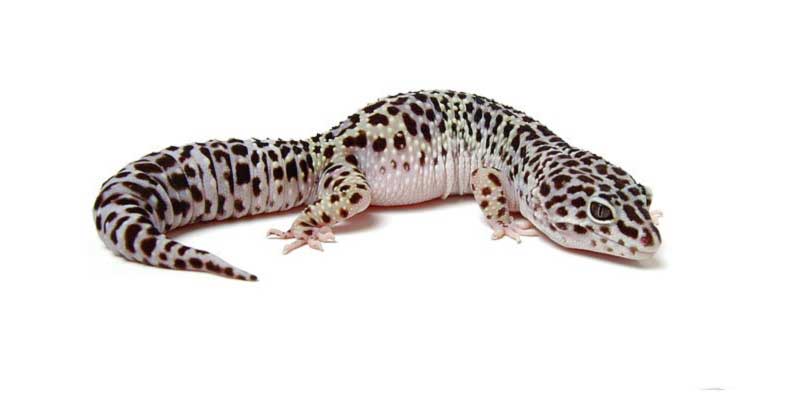 The Mack Snow is best described as a type of axanthic, which is a genetic term given to an animal exhibiting reduced yellow pigment. As babies they emerge from the egg having white bands in place of the typical yellow bands. The adults display a decreased amount of yellow pigment and their background coloration would be best described as a pastel yellow hue. The mutation has proven to be a co-dominant trait and the super form regarded as the Super Mack Snow has stark white background coloration with a black spotted pattern. We are working with a large group of Mack Snows and have been producing pure Mack Snows as well as many combinations.

The Mack Snows came from John and Amy Mack from Reptiles by Mack. They came across some hatchlings which looked like “Snow” hatchlings rather than normal hatchlings. The following season, John and Amy bred the hatchlings back to each other. In the breeding, they produced Super Snows, Mack Snows, and Normals.

There are a few distinct features of Mack Snows which normal Leopard Geckos do not express. As hatchlings, they have white bands instead of yellow bands. See the pictures below for comparison. Most Mack Snows will tend to lose their white as it will fade to yellow as they grow older.

Mack Snows, when bred to Mack Snows, have the ability to produce a Super Snow. The genetics of Super Snows will be discussed in the next section. When they hatch, they seem to have an all purple or silver hue to them. As they grow, the birth color fades into a white body with black broken pin stripes. They also have two solid black eyes.