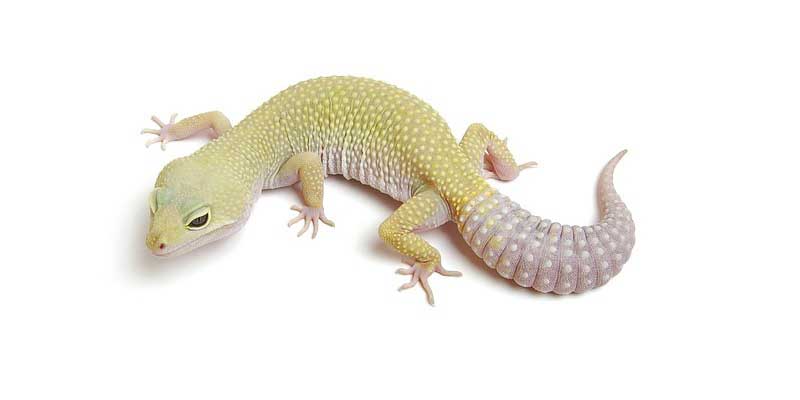 The Murphy’s Patternless was revealed in 1991 and was the first recessive Leopard Gecko mutation discovered. It was originally misidentified as a Leucistic mutation. Was later renamed the Murphy’s Patternless in 1995 shortly after the Blizzard (Leucistic) was discovered.  Babies emerge with light yellow body color and dark-spotted pattern, which is particularly concentrated in the head and shoulder area. As they mature the pattern completely fades out and as adults, they exhibit a completely patternless head, body, and tail. Color ranges from light yellow to gray with some even displaying a greenish tone while the tails have a purple-gray tone. Although simple in overall appearance they are a beautiful morph.