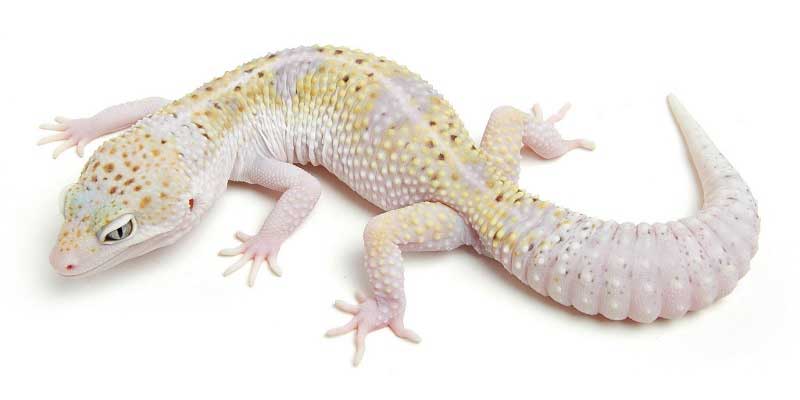 The white and yellow leopard geckos take its name due to it shows a large concentration of white and yellow. Everything seems to indicate that it is due to a dominant gene. This mutation appeared in Europe in the mid-90s and is not yet very abundant in North America.

Some of its distinctive features include white sides, a large white band at the nape, dorsal lines, bright whitetails, high contrast colors, discolored and reduced spots

The white and yellow pups are very similar to the Hypo hatchlings and being dominant, these can appear in the heterozygous and homozygous versions of the same. Another indicator is the absence of orange in the tail. They usually hatch with very orange on it. As adults, they tend to look similar to the Enigmas

Until now there have not been many projects with white and yellow leopard geckos. It is thought that when crossing it with other morphs, its white color will be accentuated.